Northern Powergrid, the company that 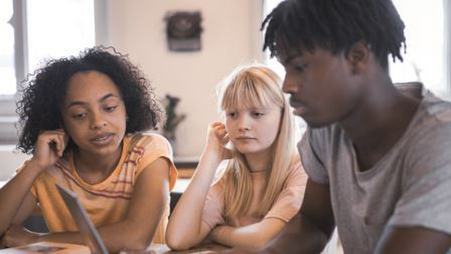 powers everyday life for 8 million people across 3.9 million homes and businesses in the North East, Yorkshire and northern Lincolnshire, has pledged its support to the UK’s largest children’s charity by donating £25k to its Positive Futures campaign.

Barnardo’s supports around 17,000 children, young people and families across Northern Powergrid’s distribution network and its Positive Futures campaign is focussed on improving opportunities and outcomes for young people leaving the care system.  It aims to offer more young people the opportunity to practice living independently in a stable, affordable environment with wrap-around support before venturing into full independence – just as any other teenager might with their family supporting them on the way.

As well as donating £25k to directly support the Positive Futures campaign, Northern Powergrid has made energy saving advice more accessible to young people by redesigning the Infrastructure North Energy in the Home leaflet in collaboration with young people supported by Barnardo’s. Making it more appealing and accessible to younger people, and in particular young care leavers, so they can have better access to energy saving tips as they move to independent living.

Michelle Cummings, Northern Powergrid’s Social Responsibility Manager, said: “The leaflet, which was initially created by Northern Powergrid in partnership with Northern Gas Networks, Yorkshire Water and Northumbrian Water, highlights ways to use energy and water more efficiently in the home. But it wasn’t immediately attractive or accessible to young people and so Barnardo’s enabled us to access 40 young people, aged 16 to 21, to review the guide and provide feedback.

“We used their comments and advice to update the leaflet giving them final approval before the new product was shared via Barnardo’s network so the advice can reach the people who need it the most.

Michelle also added “It’s fantastic to have been able to support the Positive Futures campaign and know that the donation we have made really will make all the difference to the prospects of young care leavers in our region.”

Director of Barnardo’s North, Steve Oversby, said: “We’re delighted to be partnering with Northern Powergrid. This generous donation will have an incredibly positive impact on the young people we support across the North of England. Listening to our young people and encouraging them to take part in creating literature that will speak to others of a similar age will have a real effect on the lives on others when it comes to living independently and managing budgets. On behalf of the young people we work with, we would like to say thank you to Northern Powergrid for their generosity.”

Northern Powergrid, as part of its planning for 2023 and beyond, has recently launched its draft business plan in which it shares its commitment to be an energy industry leader and how it will be a force for good - including supporting vulnerable people in the communities it serves.

Over the coming months Northern Powergrid will be engaging with its customers and other key stakeholders to understand if they agree and accept its proposals in readiness for submitting its final business plan for 2023-28 to the energy regulator, Ofgem, on 1 December 2021.