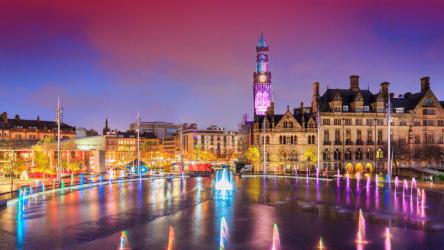 Northern Powergrid, the company responsible for the electricity network that powers everyday life for 8 million customers across 3.9 million homes and businesses in the North East, Yorkshire and northern Lincolnshire, is about to move onto the final stage of its £30 million investment to improve the reliability and resilience of the electricity network serving Bradford.

The investment work, which started in September 2019, has focused on replacing five of the major circuits that supply electricity to approximately two thirds of Bradford’s homes and businesses. This work ensures that the local electricity network is capable of meeting the existing demand for power as well as future increases in demand as the population grows and people become more reliant on electricity to power their businesses, heat their homes and charge electric vehicles.

It has involved laying a total of 140km (around 87 miles) of new underground electricity cables with a route length of 17km (10.5 miles) through in Wilsden, Thornton, Allerton, Fairweather Green, Four Lane Ends, Girlington, Sandy Lane, Heaton, Manningham and the city centre.

Between early October 2022 and the end of May 2023, the company will be carrying out some small roadworks at various locations to remove redundant equipment associated with the old electricity network. Temporary multi-way traffic lights will be in place for up to five days at each of the following locations, with some areas requiring follow-up work which will also take approximately five to seven days to complete:

1 Back Lane, Wilsden, near the junction of Back Lane

6 Wilsden Road, between the junction of Prune Park Lane and the Wilsden Road/Cottingley Road/Stony Lane crossroads

7 Haworth Road, near to the Bay of Biscay houses

8 Haworth Road at the junction of Heather Grove

11 Haworth Road at the junction of Thorn Lane

12 Haworth Road at the junction of Heights Lane

13 Toller Lane, near the junction of Toller Drive

14 Toller Lane, near the junction of Heaton Park Drive

16 Queen’s Road at the junction of Station Road

Timings are approximate and may be subject to change if there are unforeseen delays.

There are no plans to turn off anyone’s power as part of this work and pedestrian access to premises will be maintained at all times. Northern Powergrid is advising motorists to allow longer for journeys and thanks all of its customers for their ongoing patience while this important investment in the local electricity network has taken place.

Sharon Incerti, Northern Powergrid Project Engineer, said: “These final small pieces of work will bring to an end our three-and-a-half-year programme to deliver £30 million investment in Bradford’s electricity network. What this means for the people of Bradford is a more reliable and resilient power supply that will support the city as it continues to expand and evolve.

“During our time carrying out this programme of work, we’ve done a lot of digging in the roadway and we know that causes disruption. At the same time, we’ve also experienced a lot of support and patience from the local community and we’re extremely grateful for that.”

While Northern Powergrid is not planning to interrupt supplies during the programme of work, it does have a free Priority Services Membership for anyone who may need extra advice and support due to their medical or personal circumstances if their power was ever  to be affected in the future. To find out more visit www.northernpowergrid.com/care or call 0800 169 2996. 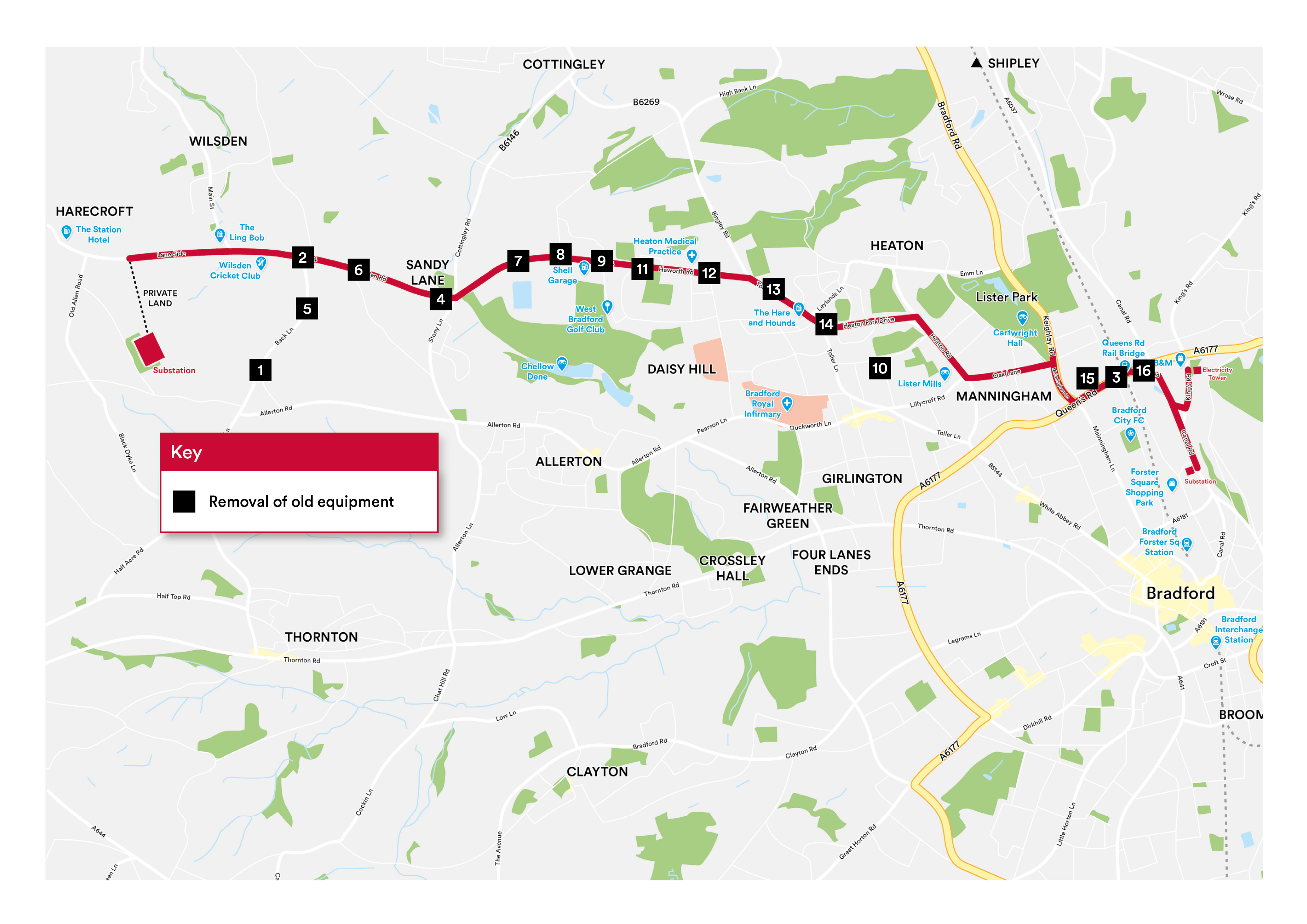 Anyone wanting to find out more about the investment work can also visit the Bradford section on the Northern Powergrid website at northernpowergrid.com/bradford, contact Northern Powergrid’s customer care team by calling 0800 011 3332 or email generalenquiries@northernpowergrid.com  The network operator is also available 24/7 on Facebook and Twitter.

To translate information into another language, people can click the Accessibility icon at the top of all Northern Powergrid’s web pages or call its language line on 0800 389 8204.

Those who are visually impaired can click the Accessibility icon at the top of Northern Powergrid’s web pages to change font sizes and colours or click the Recite Me icon to have information read out to them. People can also sign up to receive communications in larger print or Braille by calling the Powergrid Care Team on 0800 169 2996.