Check out our be prepared page for advice on what to do before, during and after a power cut.

Have you joined our free Priority Services Membership? Find out more and join today

Check out our be prepared page for advice on what to do before, during and after a power cut.

Have you joined our free Priority Services Membership? Find out more and join today

Emergency Power Cuts are rare and unlikely this winter but we are sharing information to help you understand what they are and why they would be used if there was ever a national energy emergency in Great Britain.

You may have seen media reports talking about the risk over the winter of Emergency Power Cuts (known in the industry as rota load disconnection).

We want to share information to help you understand what they are, why they would be used and what you would need to know to be prepared if they were ever to happen.

Emergency Power Cuts are very rare in Great Britain and National Grid ESO - the company responsible for balancing the amount of electricity generated with the amount customers are expected to use - has indicated that they are unlikely to happen this winter. They would only be used as a last resort if there was a major national energy shortage that could not be dealt with by a range of other measures.

For decades the industry, including Northern Powergrid, has tested each year procedures to safely carry out Emergency Power Cuts, in the unlikely situation that they’re ever needed.

Before National Grid ESO would instruct local network operators, like us, to temporarily cut some customers' power, they would take several other steps to protect supplies and avoid disruption. These can include:

-asking or paying customers to change how and when they use appliances like washing machines, tumble dryers and dishwashers, and

- reducing voltage across the country by a small percentage which is not noticeable to customers, but would help reduce demand.

It is important to be prepared if your power supply is ever affected - whether it is due to a routine local network issue, the impact of severe weather or a wider national energy emergency.

Regardless of the cause of a power cut, if you rely on electricity to power medical equipment and don’t know what would happen to it in a power cut, you should speak to your medical provider now for advice.  It is vital that you have a plan in place and that you test your backup supply arrangements, so you are ready if your power is ever affected. If you don’t have a backup plan, again you should speak with your healthcare or medical equipment provider.   If you are not medically dependent on electricity, it is still important to be prepared and know what to do before, during or after a power cut. 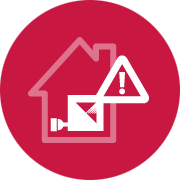 National Grid ESO operates the electricity system in England, Scotland and Wales and is responsible for maintaining the balance between electricity used and that produced by power stations. National Grid ESO can instruct electricity distribution network operators (DNOs) like Northern Powergrid to take urgent action to reduce demand on the electricity network.  This is only used in emergency situations to protect the network and will not be pre-advertised.  An emergency power cut would typically last at least three hours. DNOs must action this and can receive 30 minutes or less notice to do it. In a more protracted electricity emergency, planned Emergency Power Cuts can be used through a power-sharing rota.  Customers would get up to 48 hours notice if these were ever to happen.

We understand that you will have some questions so click here to view our Frequently Asked Questions.

Further information to support customers is also available in our 'Helpful information' section below.

Getting information in a planned Emergency Power Cut

If there was ever a national energy emergency that required planned Emergency Power Cuts, information would be accessible through the national website powercut105.com.

During a declared national energy emergency which would use planned Emergency Power Cuts, the current 105 telephone number would also activate a special high-capacity service that would direct you to where you can find out your block letter (an alphabet letter to indicate where you are connected to our network). You will be able to hear it or ask for it to be texted to your mobile. Knowing your block letter is very important as it will help you read the national planned Emergency Power Cuts rota (timetable) and know if or when your power supply might be affected.

Block letters: why they are important

For many years the power network in Great Britain has been sectioned into alphabetical blocks. In a national energy emergency, if a planned Emergency Power Cuts rota must be introduced to fairly share the power that is available amongst everyone, it is important you know your block letter as it will be used in the rota to indicate if and when your power may be affected.

Your block letter appears on your electricity bill.  You can also get it by visiting powercut105.com and entering your postcode to find your local electricity network operator.

In a declared national emergency 105 - the national number to call in power cut - would also activate an additional service so you can get your block letter over the phone if you do not have online access.

If you’re a Priority Services customer, it doesn’t mean your electricity is restored first or protected in a power cut. It means we know about your medical or personal needs if you were ever affected by a longer duration power cut (e.g. several hours or more) or, in a wider regional or national incident, we can ensure partners like local authorities and emergency services who would lead and coordinate regional emergency responses know where the most vulnerable members of communities are located.

If the area you live in must have an Emergency Power Cut, you will go off supply alongside other customers, so it is important, especially if you are medically dependent on electricity, to be prepared and know what to do. In a planned Emergency Power Cut your power would be affected for at least three hours, once or twice a day. We have written to our medically dependent priority services customers to share advice and guidance.

If planned Emergency Power Cuts were ever to happen, not everyone in the country will be off supply at the same time.

It is likely you and your neighbours will be without power together, but this won’t always be the case. The way that the houses on your street are connected to your local power network, may mean you are without power at a different time to those living nearby. Typically, you would be without power for at least three hours, once or twice a day.

As with any power cut, your appliances, electrically powered medical equipment, lights, gas boilers, heat pumps, broadband, and home phones will not work. Due to the number of customers impacted across Great Britain, mobile phone service will also be extremely limited and may drop out entirely.

If there was ever a national energy emergency, it is important that we work together to conserve energy and protect the power network.  The industry has a range of options to use before using Emergency Power Cuts but you can also do your bit to help reduce the overall peak demand.

Be Prepared
It's important to always know what to do before, during or after a power cut, regardless of the cause
Find out more
Priority Services Membership
If you may be more vulnerable due to your medical or personal circumstances, ensure you join our free Priority Services Membership
Find out more
Helping you be prepared advice in BSL
View a video in British Sign Language about how to be prepared for a power cut, regardless of the cause.
View video
Emergency Power Cuts letter (BSL)
View a video of our letter to Priority Services customers in British Sign Language
View video
National powercut105 website
Visit powercut105.com for latest national information
Visit powercut105.com
What are system notices?
Information from National Grid ESO, the national electricity system operator, about system notices
Find out more
Balancing the national electricity grid
National Grid ESO is responsible for balancing the national electricity grid. Find out more about how they do it
Visit National Grid ESO website
Care and assisted living providers
Latest industry advice for care and assisted living providers
Find out more