Short summary
The move to Net Zero has gathered momentum with strong agreement across the energy sector on the next steps to take to create a low carbon, smart grid in Great Britain.
Article Content 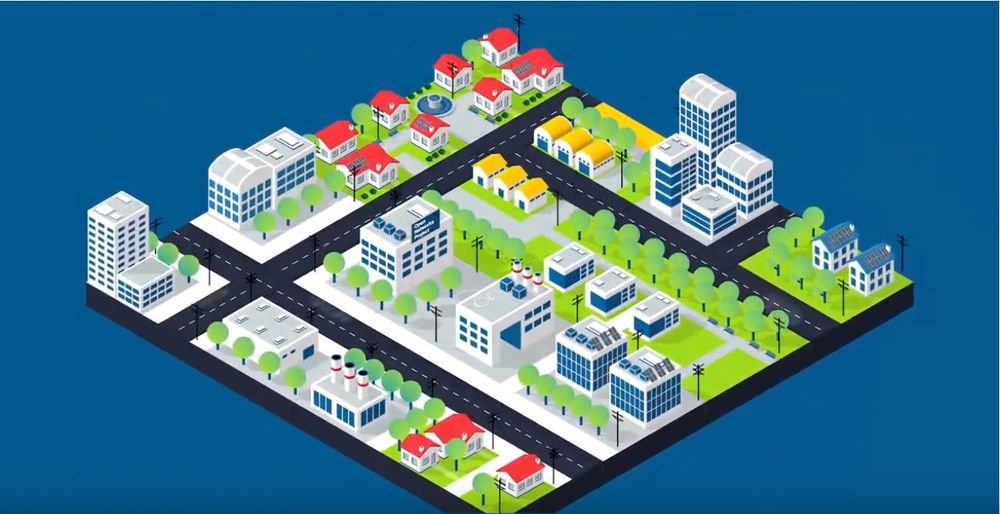 The move to Net Zero has gathered momentum with strong agreement across the energy sector on the next steps to take to create a low carbon, smart grid in Great Britain, as Energy Networks Association (ENA), which Northern Powergrid is part of,  publishes the responses and its analysis to the Future Worlds Impact Assessment consultation.

As record and ever-increasing amounts of renewable energy are being fed into Britain’s energy system the sector has come together and agreed a shared vision outlined in ENA’s Future Worlds Impact Assessment report. This shows strong agreement to building closer coordination between Distribution System Operators (DSO) and the Electricity System Operator (ESO).

The move to a smarter grid will not only help cut emissions but also enable possible savings estimated by the National Infrastructure Commission of up to £8 billion a year by 2030.

The electricity distribution network companies, including Northern  Powergrid, are already making use of new technologies and access to more data to become DSOs. Closer coordination between DSOs and the ESO is a vital first step to deliver a smart grid at the best value for the public. This will build on and enhance the Flexibility Commitments recently made by the networks for delivering flexibility services.

With over 30 responses, 84% of non-network respondents agreed that DSO-ESO coordination of procurement and dispatch was the best place to start this vital transition, one that will enable and encourage more renewable energy into Britain’s energy system.

Respondents also agreed that price signals would also be a core part of any future electricity system developments. Ofgem has highlighted the importance of their Future Charging and Access programme in government’s and their letter on Open Networks.

The response to the Impact Assessment follows the release and consultation on the independent report earlier this year on the five potential scenarios to deliver Britain’s smart grid or ‘Internet of Energy’.

Emerging markets for flexibility services are key to delivering a smart grid at lowest cost and the recently released Flexibility Commitment: Our Six Steps for Delivering Flexibility Services marked a huge step forward in opening up these markets to all to connect services to the networks on a level playing field.

The evolution of the networks is already underway, with active networks seeking to build on the incredible success seen in recent months with record amounts of solar energy in Britain’s energy system, leading to longer periods without burning fossil fuels.

ENA’s Open Networks Project, which Northern Powergrid is playing an active role in,  has already been driving the coordination and standardisation of Britain’s electricity networks, creating a closer working relationship between DSO and ESO. The responses to the Impact Assessment lend real momentum to the networks’ already ongoing efforts to continue improving our world class energy system, which has seen well over £100 billion of investment since privatisation. DSO-ESO coordination starts networks off from a similar energy landscape to today, will continue the investment and innovation in our networks and most importantly not exclude more reform in the future.

The energy network companies have already played a leading role in Britain’s’ transformation to a renewables superpower. The government’s Net Zero target is another opportunity for the networks to work with the whole energy industry, the regulator and the government to create the right regulatory conditions to bring about this transformation and help reach this ambitious goal. As the long-term roles and responsibilities are considered through the Open Networks project, they will help create a consistent market and customer experience that will drive forward progress to a dynamic, secure energy system.

The industry, including Northern Powergrid, has welcomed the interest received from so many organisations in the development of a smart network and is encouraged to see such strong agreement in the way needed to take this forward and deliver a low carbon, low cost network for the public. In consultation with partners, the network companies are taking the right initial step forward, giving the industry a strong foundation to build on which is also adaptable to new lessons and thinking in future.

The Open Networks Project is driving forward the changes to the networks that will bring about a dynamic smart grid, bringing wide reaching benefits for homes, businesses and communities. The proactive work of the networks in opening up emerging markets means the benefits of the future system are already being realised.