WORKING TO RESTORE SUPPLIES TO CUSTOMERS STILL WITHOUT POWER 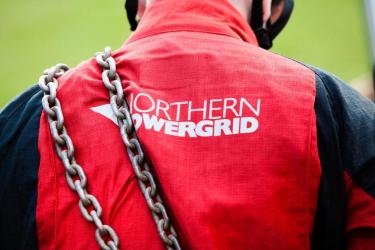 The storm brought windspeeds of over 90 mph. As Saturday unfolded, it became clear that the weather was quite a lot stronger than originally forecast, however the impact is still much lower than Storm Arwen – and that is primarily down to the fact that there was no ice and snow in this storm.

Around 80,000 customers have been affected by power cuts and less than 16,000 customers are still without power. Almost all of those are in Northumberland and County Durham.

The level of damage is not as severe as was caused by the ice storm in Storm Arwen, which makes the repair work less extensive. Although we have assessed much of the damage, we still have a number of smaller incidents to assess, which we have people in the field doing this morning.

Teams have already been moved into the Northeast from our other operating areas and from parts of the country who have not been hit as hard by the storm through the industry mutual aid agreement. We are grateful for the support they will provide.

Northern Powergrid Director, Paul Glendinning, said: “We have successfully restored supplies to more than 60,000 customers but given the amount of work that there is to do and the fact that we are expecting more high winds during Sunday afternoon, we think that it is likely that a relatively small proportion of our customers will remain without power beyond Sunday night”.

Andy Bilclough, Director of Field Operations, said: “Our team put in another fantastic performance yesterday in extremely challenging circumstances. We still have a lot to do but we have a large team out there now in what are currently perfect conditions for the kind of work we do. Storm Corrie is a concern but we’re going to get as much done as we can today for as long as it is safe to do so”.

It will not be clear until later today how many customers will be restored by tonight. We are going to do everything we can to reconnect everyone today and we will keep people posted. Our message to our customers is that it is likely that we won’t be able to restore a relatively small proportion tonight but at this stage we don’t know which ones, if any, will still be off tomorrow morning.

Putting the lessons from Storm Arwen into practice

Two of the key lessons we learned from Storm Arwen were the need to make our website more resilient to keep the power cut logger up during periods of high demand and to do a better job in relation to how we provided estimated times of restoration when we still didn’t know the extent of the damage to our network.

Accordingly, we implemented two changes that we have been able to use to provide a better service in this event. Firstly, we switched on the website queuing system before the storm hit. As a result, our website remained stable right through the peak of the event and our customers were able to log power cuts at all times. Secondly, we disabled the automatic text message updates early in the storm to avoid sending the automatically generated estimates that serve us well in business as usual but not during storms.

We also deployed a simplified power cut logging facility instead of our usual power cut map which still allows customers to report their power cut but doesn’t provide the automatically generated estimated restoration times. Now that we are further into the incident and we have a clearer view, we are in a position to turn that facility on again.

However, we still don’t have a clear view of the estimated time of restoration for all incidents. Therefore, until we have been able to assess the damage and allocate the work to a team a time of 18:00 on our power cut map means that we are still working to get your power back on at some point today, but there is a possibility that it runs beyond Sunday night. Once we have a more precise estimate from our engineering team, either earlier or later, we will update the time shown on here to something other than 18:00.

We understand everybody wants to know when they are going to be reconnected, but the reality is there is a lot to do and the work involved is often not fully known until our teams get on site. So, we regret that in some cases we cannot yet give precise estimates of when power will be restored because the work involved in one job has a knock on effect on the timing of others.

Our Contact Centre Advisors are available to support you 24/7 however, please be aware they have access to the same information that is on our website. You can also keep up to date through our social media channels, either on Facebook or Twitter @NorthernPowergrid.

We are working closely with its local resilience partners to support those customers most affected. We have already deployed welfare support arrangements across the most affected regions and will be doing more today.

Our customer support vehicles have been deployed and welfare support arrangements are being coordinated to support customers who need help the most. Information about the locations for welfare support are being shared across our social media channels and we are emailing and texting customers.

We continue to advise those customers for whom being without power is a significant problem to err on the side of caution and consider seeking alternative accommodation.

We understand customers impacted by Storm Malik on the 29 January 2022 may require some additional assistance. So, we can confirm that for any domestic customer still off supply at 08:00 on the 30 January 2022:

We ask that you retain receipts and send them in an e-mail including an outline of what you would like to claim to stormmalikclaims@northernpowergrid.com.

We continue to warn anyone who spots any damaged cables or equipment not to approach the area as equipment may still be live and pose a risk of electrocution. Customers must contact us immediately by calling 105.

Power cut advice and tips include:

Have you checked out our Help & Advice directory, it may just have the answers that you're looking for.